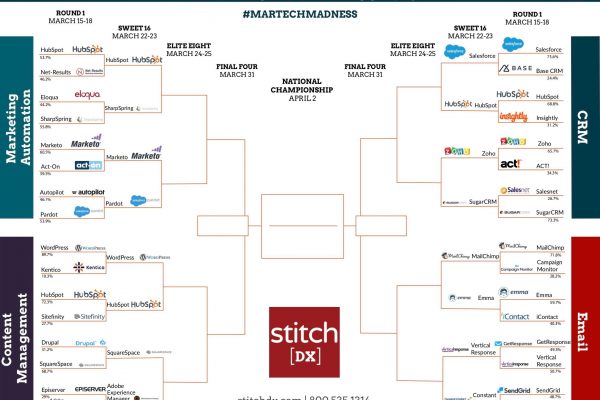 Round 1 voting exceed expectations and provided some exciting showdowns (not quite Michigan buzzer beating Houston but for martech geeks, it was high drama!). We’re down to 4 vendors in each category with some solid SMB Marketing Technology match-ups (vote here):

People are filling out their brackets, seeking advice from their co-workers on various match-ups, asking Alexa “Where is Gonzaga” (sorry Washington state people) and, with the advent of Draftkings and FanDuel, putting some serious money on the line—way more than in the standard office pools of the past.

But as this is a website about digital marketing and technology, we’ve put our own spin on March Madness and launched our first annual Martech Madness tournament! 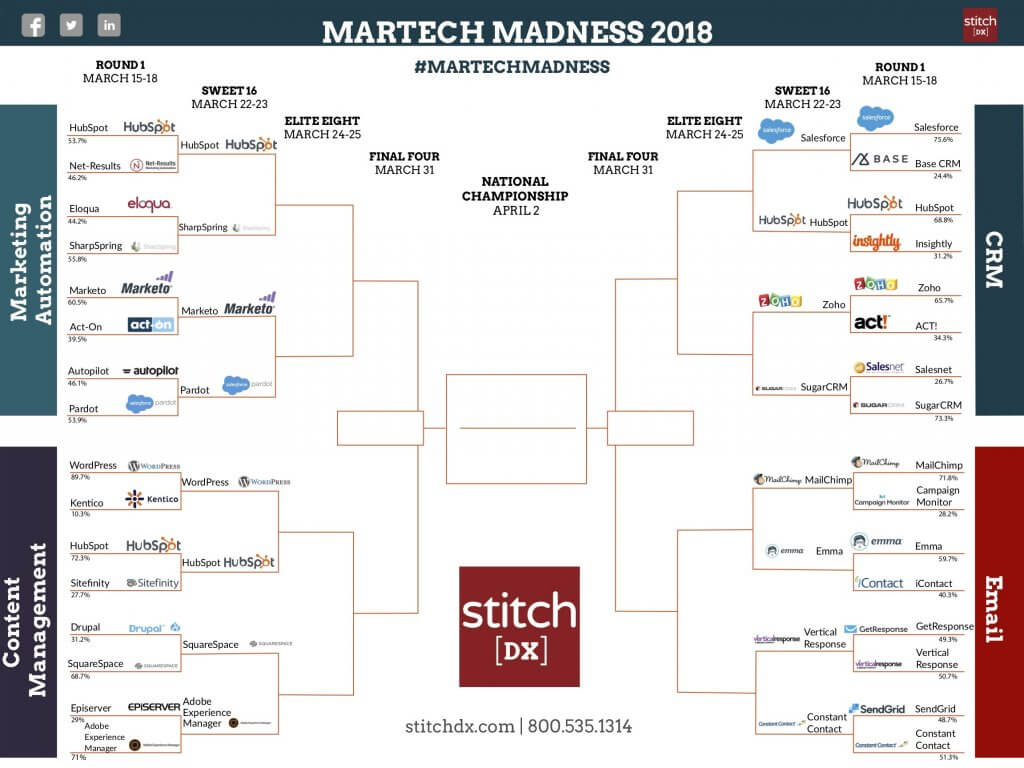 Join the Madness with us!

Rather than South, West, East, and Midwest—we’re pitting the best SMB marketing automation, content management, CRM and email platform solutions against each other. Think HubSpot vs. Pardot and MailChimp vs. Constant Contact, rather than Duke vs. Kansas and North Carolina vs. Xavier.

Is this scientific or statistically significant? Probably not. Fun for martech geeks? That’s our goal!

So how does it work?

Turn out the Vote!

Don’t just vote (but yes, vote!). And definitely feel free to spread the word – the more voting, the more accurate the results.

P.S. If you chose to wager on the outcome—we can’t stop you. And we definitely don’t want a piece of that sweet action. Wink, wink.