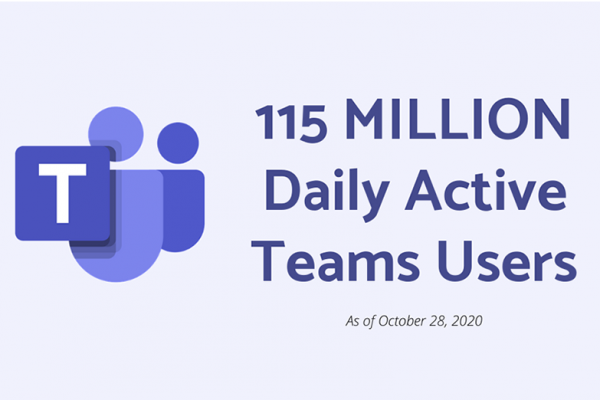 Microsoft dropped two impressive numbers on October 28: 115,000,000 and 30,000,000,000. The first is the number of Microsoft Teams Daily Active Users, which is up from 44 million in March and 75 million in April. That growth is driven primarily from business users who are finding that Teams is a powerful platform for getting work done.

Now here’s the thing: those 115M Microsoft Teams daily active users are almost entirely on O365 business licenses. This means that businesses are adopting Teams as their primary communications channel that they already pay for. Smart, right?

Absolutely. HOWEVER, we speak every week with organizations who have unboxed Teams and gotten their people up and running—only to see their Teams structure (channels, file organization, etc.) explode to an unmanageable degree. As a result they’re not getting close to the value in collaboration and productivity that Teams is capable of delivering.

Microsoft Teams as a platform drives that second number (I’ll say it again: 30 billion). That’s a new productivity metric Microsoft developed called “Daily Collaboration Minutes” or DCM. This means that for the past quarter, Microsoft users have spent an average of more than 30 billion minutes per day working with their colleagues in Microsoft 365 apps like Teams, Word, Excel, PowerPoint, Outlook, OneNote, SharePoint, and OneDrive. 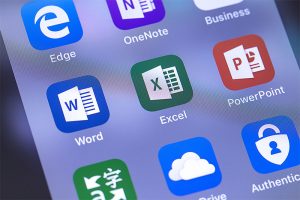 People spend over 30 billion minutes a day working with colleagues in M365.

(As we’ve noted elsewhere, Teams is so much more than just a replacement for Skype. Employees are sharing and notes, collaborating on documents, managing projects and so much more.)

We expect both of these numbers to continue to rise steadily because nothing drives adoption like adoption. As more and more businesses use these tools to collaborate both internally and externally, more organizations will have to follow to simply keep up. Microsoft is truly building a Digital Workplace with Teams at the center.

Now it’s time to catch up with Microsoft Teams.

There is a downside to this rapid adoption. Now, many organizations are struggling with sprawl and lack of information architecture. We hear about the frustration when multiple teams are created for the same purpose, or teams created and abandoned. Or time is wasted looking for the right file or conversation.

Smart business leaders are taking the time now to get the most of their Microsoft investments. 115 million daily active Microsoft Teams users can’t be wrong—but they CAN be using Teams better. If that sounds like your organization, then let’s get a conversation started.

Todd Felton
Todd is Chief Customer Officer and writes about digital workplace strategy, with a focus on Microsoft Teams, as well the nonprofit/social impact sector.