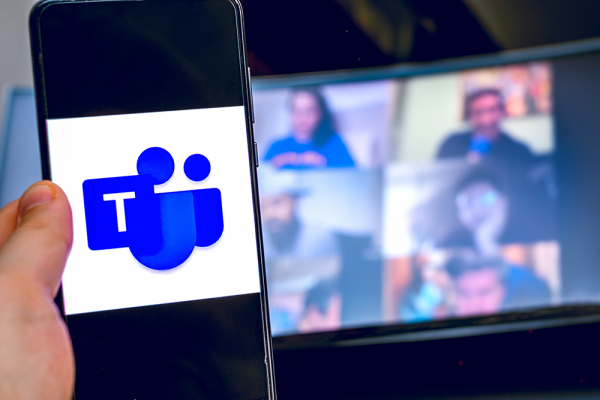 Microsoft announced a new lineup of Teams features, releasing between May and June, that will greatly improve the video call experience for users. This much-needed Microsoft Teams video update includes changes in the user interface, the ability to view meetings in a separate “pop out” window, and an increase to the number of visible participants on a call.

With the remote workplace now the standard way most of us are working, businesses and employees are placing greater emphasis and demands on video communication. As a result, this Microsoft Teams video update has arguably been one of the biggest and most anticipated announcements from Microsoft since COVID-19-mandated remote working ignited a battle of the meeting apps.

We anticipate they will have a major influence on the digital workplace and the way we all work remotely. Here’s the rundown:

Call controls such as mute, video, and leave meeting, as well as other functionalities, will now be located in the upper right-hand corner of the screen. While not a major change, this does address a pet peeve I’ve had with Teams from the beginning: the large buttons that appear on mouse-movement tend to get in the way of what is happening on-screen. (It’s especially annoying when viewing a shared screen.)

The other changes included in this release make me think there was probably an internal UI conversation at Teams HQ that required this update.

Moving call controls to the upper right frees up the full screen in Microsoft Teams video.

In any event, this update will make for a much better user experience. It certainly clears the screen to enable additional enhancements like fully integrating 3rd-party whiteboards and other full-screen experiences.

Multi-taskers rejoice! Microsoft Teams video users will now be able to view and participate in their meetings in a separate window while they continue to view and work with their underlying Teams files and activities.

One of the gripes we hear from remote workers lately is the need to collaborate and gauge the visual reactions of their team at the same time. Now groups will be able to white-board, plan events, or collaborate on documents while maintaining a full-screen view of their video call in a separate window. This aligns with the core Teams value of not just connecting people but also helping them be more productive.

By far, the biggest and most anticipated change in this latest Microsoft Teams video update is the ability to view more participants during a call. Currently, you can only see a maximum of four participants at a time. On calls with more than four participants, Teams defaults to the most recent four speakers, leaving all other participants out of the view. 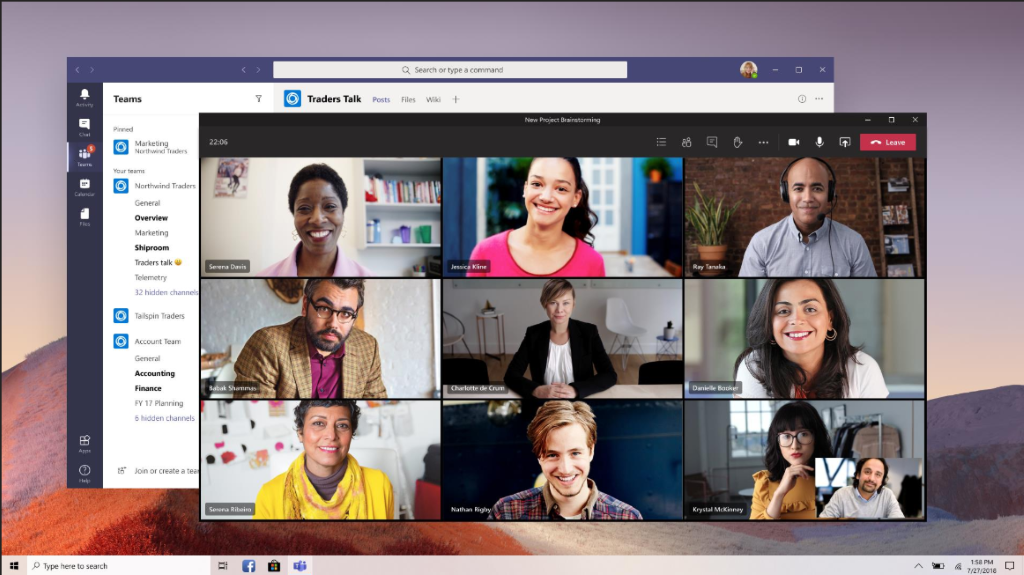 This has been a point of frustration for many users—particularly teachers who are using Teams as a classroom substitute. The increase changes the layout from 2×2 to 3×3, more than doubling the maximum visibility to 9 (plus yourself)—so technically 10 participants can be seen at any given time.

This change is notable, as it comes at a time when Zoom and Microsoft Teams are battling head-to-head for remote workplace supremacy. Zoom has had the ability to display as many as 49 participants at once (you can scroll to view more), which in my opinion is too many and largely defeats the purpose of most use cases for a video call. For Teams, upping the number of visible call participants from four to nine will be a big step in the right direction. In my opinion, it’s likely Microsoft will increase that number even more over time.

The hand raising feature allows individuals to notify Microsoft Teams video participants that they have something to say during a call. This is particularly relevant to larger calls, where participants are typically muted by default as they join the call. Given that Microsoft recently announced that they were increasing the capacity of a group chat to 250 and Teams can have up to 5,000 members, this is a prudent feature.

It has already been starting to roll out since early May in the current call control location. We expect it will continue to live within the control bar in its new location at the top of the screen. This feature is not currently available for web, and will continue to roll out on desktop for both PC and Mac versions.

Have something to contribute to a Microsoft Teams video call? Click to raise your hand!

Microsoft initially released the ability to change your background earlier this year, but users have been limited to only pre-loaded images. As this feature has gained traction, users have demanded the ability to add their own custom backgrounds. Technically, there has always been a way to do this, but it required searching for a hidden folder to upload your images. Teams is now enabling the ability to customize backgrounds from within the Teams experience, which will democratize this process for the average user.

How to access all these new Microsoft Teams video updates 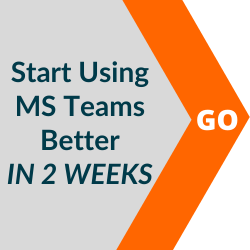 This release is scheduled to be pushed out to all users by June of 2020. To ease the transition for most users, Microsoft is rolling this out in a phased approach:

Here’s the exact wording from Microsoft:

The future of Microsoft Teams

These new features show that they are paying attention to the demands of this moment.

The casual remote-working use cases that once helped Microsoft envision a shift from Skype for Business to the more collaboration-focused Teams platform, have rapidly become the standards by which most businesses are operating. The remote workplace has become the norm, and Microsoft is continuing to invest heavily in evolving this platform to meet the growing demands of the remote worker.

Questions about this update—or anything else Microsoft Teams-related? Reach out to our Digital Workplace experts anytime.  Stay safe, well, and productive.

Erick Straghalis
President and Chief Strategy Officer Erick has 20+ years of experience in marketing, design and organizational development Fortune 100 and 500 retail, bio and technology companies. Erick writes about the impact of technology on the customer and employee experience—with a special focus on Office 365, Teams and Sharepoint, as well as digital marketing strategy.