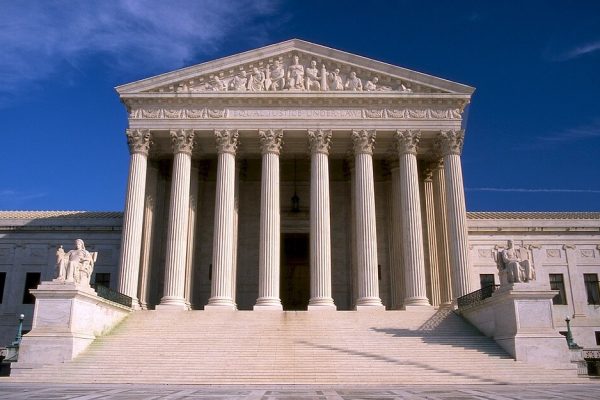 This is a guest post by Kristin Mendoza, of Bernstein Shur, a Maine- and New Hampshire-based law firm. Kristin is a part of Bernstein Shur’s Business Practice Group, where she has a specific focus on providing strategic advice and counsel to entrepreneurs and tech startups.

It’s all about nexus.

State and Congress concurrently, such as in the case of taxing sales on goods and services. In the case of state taxes, the Supreme Court has held that States may tax interstate commerce so long as the tax:

In attempting to answer the question of when an out-of-state seller has a substantial connection (nexus) with a particular State, the Supreme Court issued a 1967 decision stating that an out-of-state seller’s liability to collect and remit sales tax to a consumer’s State depended on whether that seller had a physical presence (such employees, offices or warehouses) in that State. The Court affirmed this standard in a 1992 decision that physical presence was needed to establish substantial nexus with the taxing State. As you can imagine, these cases had

to deal with sales occurring through mail-order catalogs, well before the Age of the Internet and online retail becoming such a deeply rooted part of our consumer buying habits. Until the Wayfair case, physical presence had been the accepted standard for determining substantial nexus with a State for taxing purposes.

What happened in the Wayfair case?

Essentially, South Dakota took the position that online retailers doing significant amounts of business with its residents have a substantial nexus with the State even if they don’t have a physical presence in the State. Interesting, 41 States, 2 territories and the District of Columbia filed supporting briefs asking that the Supreme Court overturn the existing law. Last week, the Supreme Court agreed and overruled the previous cases that required physical presence in order for States to impose sales tax on online sales.

What was the Supreme Court’s reasoning?

I will spare you the Court’s discussion about the historical development of case law on the Commerce Clause and the principles of legal precedence (stare decisis). Essentially, the Supreme Court’s decision rested upon the recognition that “physical presence” is an artificial construct for measuring substantial nexus with a State that was developed at a time before the Internet and online retail commerce were envisioned and that no longer fits (if it ever did) with how our economy works. Equally important was the fact that historical decisions about the Commerce Clause have focused heavily on ensuring that both in-state and out-of-state competitors have an even playing field when it comes to competing for customers and that the “physical presence” standard was actually discriminating against some competitors in favor of others. The Court felt that discrimination that favored some online retailers over others (Amazon, for example, collects and remits sales tax on online sales), as well as over traditional brick and mortar businesses offended the notion of an even playing field for all competitors, and that the cases that gave rise to this imbalance in the marketplace needed to be overruled.

That being said, there was recognition by the Court that this decision is going to create some uncertainty for small online retailers to know which States will require them to collect and remit sales tax. However, the Court’s belief was that software will be made available at a reasonable cost to assist smaller online retailers with compliance in a relatively short amount of time and that any compliance burdens posed by the ruling could not justify perpetuating the current unfair “physical presence” standard.

So where do things stand now?

For those online retailers selling goods and services in South Dakota who satisfy the sales volume or transaction threshold requirements under South Dakota’s law, they will need to begin collecting and remitting sales tax on sales to South Dakota residents.

What about collecting sales tax in other States?

There are a number of States that have draft legislation in the works or will soon. (My guess is that the 41 States, 2 territories and the District of Columbia that filed briefs supporting South Dakota in this matter will look to act quickly now). For example, Massachusetts has a proposed regulation, 830 CMR 64H.1.7, that requires out-of-state Internet retailers to collect and remit sales tax if, in the preceding calendar year, it had Massachusetts online sales in excess of $500,000 or made online sales resulting in delivery into Massachusetts in 100 or more transactions. The Massachusetts regulation, as currently drafted, would go into effect immediately once officially adopted.

The burden for small online retailers to stay informed as new laws and regulations go into effect and to adjust their business practices accordingly is real but is still evolving. Some States tax goods and some tax both goods and services. A lot will depend on the legislative approaches that States take in crafting new laws and regulations. The Supreme Court seemed particularly approving of South Dakota’s approach of providing minimum sales volume and transaction thresholds as a measure of substantial connection with a State. To the extent that other States try to take an more expansive approach on defining activity that gives rise to substantial nexus, we may see the Court clarify the Wayfair decision through future cases becoming before the Court.